James Howlett, a.k.a. Logan, having lived a lifetime and then some,is the best there is at what he does, but what he does isn't very nice. Select the Anti-Registration side to keep Wolverine as a playable character throughout the entire game 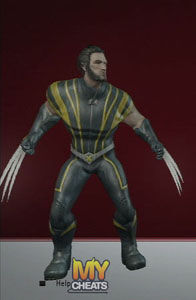 Alternate Costume: Wolverine's alternate costume is based on suit he wore during the Secret War conflict in Latveria as drawn by Gabriele Dell'Otto. Unlock this outfit by killing 50 enemies while playing as Wolverine in the Anti-Registration storyline.

Retrieved from "https://marvelultimatealliance2.fandom.com/wiki/Wolverine?oldid=3877"
Community content is available under CC-BY-SA unless otherwise noted.