Mac Gargan, once known as Spider-Man's nemesis The Scorpion, now wears the Venom symbiote as a member of 'reformed' super villain team The Thunderbolts. Gain the ability to play as Venom after encountering him in the game, regardless of which side you choose to take. 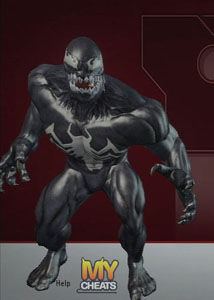 Alternate Outfit: Before Mac Gargan, Eddie Brock wore the symbiote known as Venom. This alternate outfit is inspired by Joe Madureira's design used in The Ultimates vol. 3. Unlock this costume by killing 50 enemies while playing as Venom.

Retrieved from "https://marvelultimatealliance2.fandom.com/wiki/Venom?oldid=3919"
Community content is available under CC-BY-SA unless otherwise noted.