Benjamin J. Grimm was transformed into the ever lovin' blue-eyed Thing after being exposed to cosmic rays during a scientific expedition into space. The Thing is available after choosing between Pro and Anti-Registration, regardless of which storyline you decide to follow. 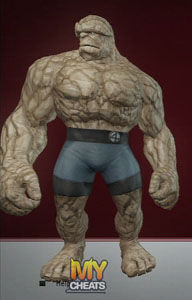 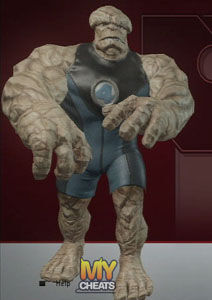 Alternate Costume: The Thing gets to cover up a little more with his alternate costume, based on his appearance in Ultimate Fantastic Four as drawn by Greg Land. Unlock this outfit by killing 50 enemies while playing as The Thing after deciding between the Pro or Anti-Registration causes, regardless of which path you choose to follow.

Retrieved from "https://marvelultimatealliance2.fandom.com/wiki/The_Thing?oldid=3898"
Community content is available under CC-BY-SA unless otherwise noted.